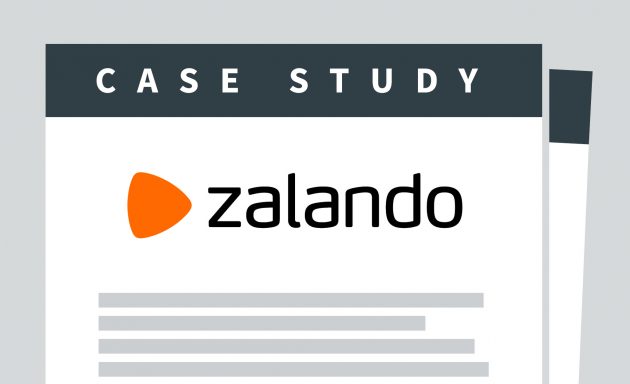 What made Zalando Europe’s leading fashion and lifestyle platform was its digital business model combined with lean processes and speed. In search of the same degree of efficiency in its indirect purchasing, it chose Mercateo to digitally merge its multiple different procurement flows and introduce an internationally standardised purchasing solution.

Initially, Zalando didn’t have a central purchasing department. Instead, office supplies, hardware and software as well as operating and warehouse equipment were bought individually, usually using an analogue process. The online fashion retailer realised that its many different procurement streams had to be unified if it was to benefit from cost savings and gain control over indirect purchasing while ensuring transparency. A digital solution had to be found which would structure purchasing, optimise processes systematically, and also meet high compliance standards. What’s more, with the company expanding rapidly, a system was required that could grow flexibly in step – and also be used internationally.

Thanks to Mercateo, Zalando has centralised its indirect purchasing. Photo: © HG Esch

Zalando and Mercateo are both creating leading digital ecosystems in their industries and have long been established on the market. We simply speak the same language – in every respect!Sebastian Jacques, Sourcing Manager Office & Employee Supplies

With some Zalando employees already ordering from Mercateo, parallel procurement streams were merged and several accounts were amalgamated into just one. Meanwhile, Mercateo’s system of user management and the digital approval process paved the way for standardised processes and transparency in procurement, helping Zalando to keep track of who was ordering what. The next step took place in 2016, when Mercateo was integrated into Zalando’s inventory management system. Coupa was set up as a procurement solution, with Mercateo docked on as a punch-out solution via a cXML interface. Bills were replaced by e-invoices. And as for international availability, well, with Mercateo active in 14 European countries, Zalando is able to operate a uniform procurement solution at all its locations across Europe.

Mercateo has enabled Zalando to integrate its decentralised procurement structures as well as to create standardised processes and achieve transparency. Despite having access to over 100 million items across Europe, Mercateo is Zalando’s sole creditor. Sebastian Jacques is particularly delighted by the reliability and security of Mercateo’s supplier management system. All its suppliers are checked by Mercateo and sign up to a code of conduct. “Working with Mercateo ensures orders are 100% compliant,” Sebastian explains. International adoption is also proceeding rapidly. Since 2020, in addition to Germany, Zalando has been using Mercateo in four other countries – Poland, Ireland, Italy and the Netherlands – accounting for more than 90% of its locations. Planning is now underway for additional countries. Onboarding new countries is very smooth: no special training is necessary “because the Mercateo interface is so intuitive,” adds Sebastian.

Mercateo for Purchasers
Efficiency and transparency in indirect purchasing 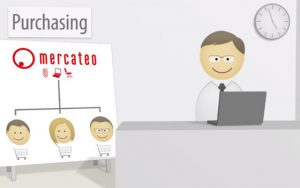 Using Mercateo as a purchaser 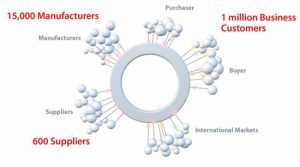